Waking in a farmers orchard and preparing for whatever nonsensical sense we can muster up, we began our daily ritual, cycling. It wasn’t long before we figured out that our uphill the night before wasn’t going to lead us to a downhill the next day. Instead, we cruised atop the mountains among the turbines and tractors.

Keeping our pace slow we headed into a turn and noticed some cyclists being directed by a man in green flashing, our steady pace was about to change. Matt and I exchanged looks of fierce vigor and with a will to take the prize and began the charge to win the random bicycle race we had so casually entered. We passed by dozens of groups of dozens of people all huffing and puffing. We made all of the competitors eat our road dust and smell our burnt rubber. The glory was soon to be upon us.

Suddenly, we arrived at the checkpoint probably in the middle of the racers field. We thought to ourselves, not today. We got some juice from someone and got back on our bikes, though not wanting to put to shame all the cyclists in Spain, so we chilled out. Our dreams not shattered or lost, just redirected to the hopes of some young/old cyclists who has prepared to shoot for the stars. That cyclist made it, clearly because Matt and I dropped out of the competition so their dreams could be achieved.

On a decent we got a solid hand-off of a nice bread roll from a beautiful lady in a jeep. Where and why, we don’t know. Do we care? Yes, it is one of my favorite cycling moments of my life. It even tops my friend in 7th grade biking into the back of a parked van…

Wheeling into some town in the beautiful mountainous countryside of Spain only to reveal another awaiting wonder. Turns out that yesterday was the day for an old tradition, HUMAN TOWERS! WHAT! Of course we took a lunch break, quickly eating more cookies and nutella, and bread and nutella (yes we are healthy) and then vamoosed to watch the human tower building. These towers consist of people wrapped in black cloths around their midsections. Then they make a base of humans. More humans then climb onto their shoulders to make the second level. Once there, the awaiting others are already climbing to make more levels. After the second level, they are stacked 3 people to a level until these little kids climb like long-limbed orangutans, jovially with ease, to the top. Once there, the top kid, probably only 5-7 years old throws up a fist in spirit of BEING THE TOP DOG! A roar of cheering erupts and the tower is quickly dissembled. An amazing feat that I have only ever seen on Ripley’s believe it or not. I wasn’t skeptical then, Ripley, but now I know you were being factual.

What’s more? Seeing one of the top free-climbers in the world, as well as a ton of other climbers. Turns out we were in one of the worlds premier climbing destinations. Pretty cool, eh? Then there was downhills, and more uphills, and downhills aka mountains. Finally, we hugged turns on the side of a mountain on our way to the Mediterranean!

We spent a night in a hostel, for our butts were tired and it seemed logical. Made great food, met great people, and got blood sausage for tapas. What a day, what a day!

Today, pshhhh. We’ve just been bicycling along the Mediterranean making our way to Barcelona! We won’t make it today, but tomorrow we will, let’s just hope we find a warmshowers host!

Thanks so much for listening to my voice in your head, because I know you read in my voice. Share it, post it, if you play basketball then post up, if you have a post hole digger then insert your post, and if you want some mail I’ll need your address to send you some Post. If your extra amazing, you can donate to the Arthritis Foundation at the link below! By the way, we made it over 1,000 miles because we are bosses.

DONATE TO THE ARTHRITIS FOUNDATION: http://www.walktocurearthritis.milwaukee.kintera.org/arthritisbikes 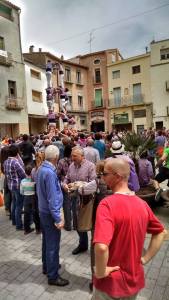 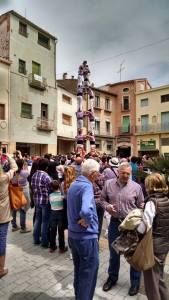 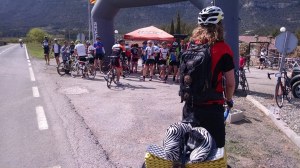 Checkpoint where we decided to let someone else chase their dreams to victory. 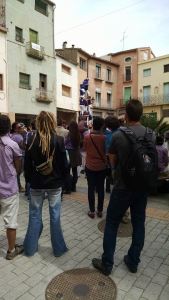 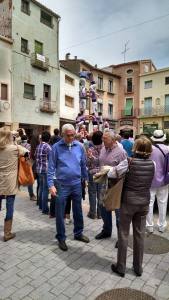 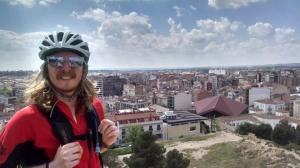 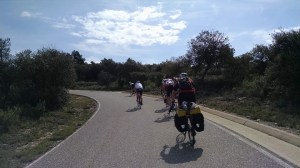 Left them in the dust 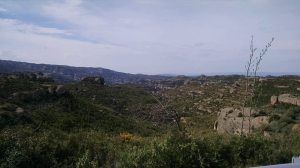 We just always do.

We don’t try to look this good.